Enthusiasm is infectious. Go on, give it a try…. 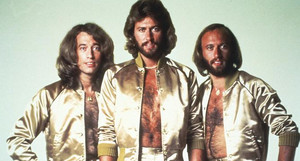 I was waiting at the bus stop recently when I noticed a man dressed up in 1970’s disco gear dancing to classic disco hits coming out of some massive mobile speakers. He was having a great time and engaging with all the passers by. Some stopped and danced with him, others just walked by but all, without fail, were smiling. Not just little grins but big broad enormous smiles.

Many were laughing... not at him but with him. Cars driving past were tooting their horns and passengers were popping in their seats. Bus drivers were stopping to watch resulting in a bus full of smiles. One even let a motorist out from a nearby junction - unheard of in Bristol.

I was disappointed when my bus arrived soon after and I had to leave the 1970’s disco behind. I was smiling all the way home and remember thinking that if only we could see this kind of enthusiasm in the workplace. I’ve seen some engaged people in my time but surely this was never going to happen, so my disco inspired vision of employee engagement gradually faded. Until last weekend…

I happened to catch up with TV coverage of the Glastonbury festival and there it was again, happening right before my eyes. All the security team were disco dancing to Barry Gibb’s ‘Stayin Alive’. There must have been more than fifty of them, all strutting their stuff and, just like my 1970’s disco man, their enthusiasm was infectious - it really made the afternoon.

If you missed it, take a quick break and enjoy it here:

Now, as an employee engagement specialist with many years under my belt, I’ve read all the theory, I can talk about various models of employee engagement, indeed what the academics have identified as the key drivers. It’s all good stuff (well, most of it). But there are times when you don’t need to think too deeply - you just need a little enthusiasm in your workplace and then watch it go a long way.

So if you are running a business, or managing a team - while your people will respect you for being competent at what you do, I guarantee they’ll go the extra mile if you can also show some real enthusiasm too.

And, if anyone in your team brings their enthusiasm into work with them, celebrate and share it because, if your people love what they do, they’ll probably also love your customers too - and that has to be a good thing, right? Go on, try it.

More from this section